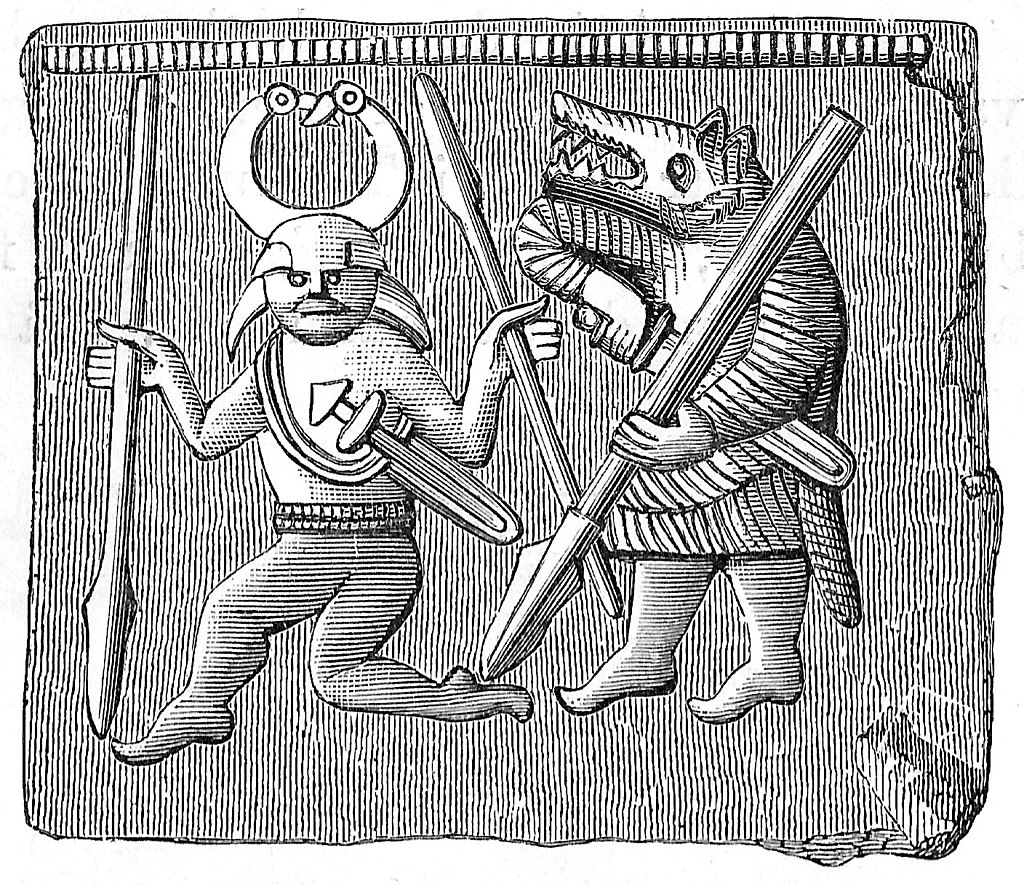 Bert (on the right) about to close a pending task (on the left)
By Unknown author - Oscar Montelius, Om lifvet i Sverige under hednatiden (Stockholm 1905) s.98, Public Domain, Link

I’ve been using taskwarrior as my todo manager for a few years now. It is command line-based, extensible by hooks, and jives pretty darn well with my style. Yet, this week I caught myself pondering semi-seriously over a rewrite.

Taskwarrior is 90% made of pure awesomeness. The remaining 10%, though, can be a little grating. The main offender category is the syncing server. The server is, like taskwarrior itself, C-based and easy enough to compile, but the configuration… uuugh, the configuration. It’s not that it’s especially hard, and the documentation is actually fairly decent, but it’s onerous has taking a sprawl through a oatmeal-filled bog.

Beside that? The core is lovely, and it’s only a few stubbles at the periphery that irritate. Off the top of my head, feature-wise I can only give a specific annoyance: the recurrence system, which is a tad janky.

So, are we ready to lose a kingdom for the want of a synchronized nail? Why not join the original project instead of jumping straight to rewriting heresies? It’d be the sensible thing to do. But… the project is entirely C-based. Great for speed, but where the joy of programming is concerned… at the risk of repeating myself: uuuugh…

Plus, there is the alluring fact that when you take a hard look at it, taskwarrior (and task management at large) is not rocket science. Fundamentally, what it does is to keep a bunch of documents representing tasks, and provide a collection of commands to create, update and report on them. Where the magic lies is how taskwarrior managed to make that collection of commands intuitive and expressive. Pragmatically, that means writing a similar tool from scratch is not as insane as, say, writing a Quantum Physic Real-time Simulator. Moreover if we are not actually thinking of building that new incarnation from primordial scratches, but rather upon leveraged bits.

Okay, so let’s pretend for a moment that I do want to rewrite taskwarrior. What tech stack should I go for?

Since that whole rewriting rigmarole came from the problem of synchronization, it stands to reason that it’d be the first piece of functionality to consider. Remember when I said task management is not rocket science? That is mostly true, excepts for some parts where it’s a big fat lie.

Data storage and replication? That’d be one of them.

Fortunately, I know a database engine that might take care of that hard part. PouchDB is a light database engine compatible with CouchDB. Originally meant to be run in the browser, it can also be run via NodeJS and can use a leveldb or SQLite file as its backend. It implements the CouchDB replication protocol and replication/syncing is integral to it. Even better, one wants to access a database instance via http, there’s a bare-bone pouchdb http server available.

PouchDB is awesome and take care of synchronization and all of that. But it doesn’t do everything. Assuming we have our tasks living on two replicated databases, we have to think about what we want to do when the task will be changed on both side.

That’s a problem we can attack in many different ways. In this case, my first instinct is to keep a log of all changes done to a task. With such a log, when a conflict occurs we can figure out where in the log the two versions bifurcate. If the changes are non-overlapping we can then have the software do the merging. If not, we can display the two versions to the user, alongside the logs, and ask them to figure it out.

Generating that log might sounds painful. But wait! We can use immer. It’s a library providing tools to work with immutable data. And if one mutates data using it — and that’s the interesting part for us — it can also auto-generate the associated list of deltas. Mind you, we’ll still have to do the thinky part for ourselves, but at least we have a way to delegate the tedious bookkeeping away.

taskwarrior is a command line application. Since this hypothetical rewrite is JavaScript-based, it could potentially have browser-based replicates. But as a first stroke, let’s stay close to our roots. Command line it is, and just like taskwarrior itself, we want a lot of subcommands à la git.

JavaScript has a few libraries helping with the munging of command line arguments. yargs and commander are two that springs to mind. Both are good, but yargs is pirate-themed. So it gets my vote.

Beyond the arguments munging, who says cli app says pretty colors (chalk does that). And for reporting all those tasks, we’ll have to print tables — which columnify does nicely enough.

Oh yeah, and then we’ll have a lot of date arithmetic and formatting to deal with. We’ll need date-fns for that.

Putting the specs together

Gathering all those tech bits together, and we have the first draft of a stack:

All that is lacking is a codename for the project. Hmmm… Like taskwarrior, but admittedly insane. Mad task warrior… Task berserker…? Bertasker! Yes! Bonus point: we can name the command-line app bert, and forever picture it as a task-minded loincloth Clippy.

Excellent. Now all that is left to do is, well, write the thing. I actually have a proof of concept importing tasks from taskwarrior and printing them on my laptop. I’ll clean it up and put it on GitHub in the upcoming days. Stay tuned!